To celebrate the launch of Tempestuous, the first book in our Twisted Lit series, we're featuring guest bloggers all week. Today's guest is writer Robert Fay who recently completed his memoir and is a monthly contributor to Full Stop Magazine. (He's also responsible for introducing me to Javier Marias's superb trilogy Your Face Tomorrow.) Thanks so much, Robert, for helping us fête our book launch! --Kim 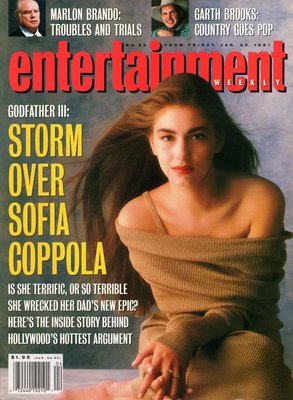 Francis Ford Coppola has apparently become nostalgic for his big-studio 1970s self. News reports indicate he plans to mothball his art-house sensibility and begin working on a big-budget generational saga set in New York.  Now, as much I love Coppola’s small, personal films—his 2009 film Tetro is a minor classic—I miss the man who could work with the competing star power of Pacino, Brando, Keaton, Duvall, and Cann, all-the-while telling a grand, sweeping story of America during the first half of the 20th century.

I have a particular fondness for the scenes in The Godfather where Michael Corleone is exiled to rural Sicily. The heat and parched hills of Sicily—the cacti, bougainvillea, and ancient vendettas—contrast brilliantly with wintery 1940s New York with its post-war cheer and burgeoning materialism. I love the scene where Michael strolls along a rutted stone path with his new love Appolonia, and a few paces behind them is half the village, chaperoning them, as Michael seems to time travel back to traditional, Catholic Sicily where his father and ancestors lived and died for centuries.

If I was the secret film investor with “infinite money” as Coppola describes this mysterious individual, I would persuade Coppola that the generational saga he needed to make was not to be set in New York, but back in Sicily. I’d tell him he had to make a movie based on the novel The Leopard by Giuseppe di Lampedusa (1958). The Leopard is the only novel Giuseppe di Lampedusa ever wrote, but few writers have ever written as sublime a book. The novel is set in the 1860s in both Palermo and rural Sicily, where we witnesses the festering decay of an old aristocratic family from the perspective of the  patriarch, the Prince of Salina, Fabrizio Corbera. Amid the background chaos of Italian independence movements and wars, the seemingly eternal world and influence of the European aristocracy begins to crumble before the face of modernity.

Coppola, being the student of film history that he is, would remind me that The Leopard had been filmed in 1963 with Burt Lancaster as the Prince. I would reply, “Yes Francis, that’s true. But you’ve been away from the real Hollywood far too long. It’s all remakes these days. Get this: they made a Spider Man movie in 2002: and then they remade it—AGAIN—this year! Look Francis, no one except you, and maybe that film geek Martin Scorsese will recall the original Leopard. So let’s do it.” I’m not sure if Coppola would buy that line of reasoning, but then again, I’d be the one with the suitcases full of cash.

Once I had Coppola’s attention, I’d explain that we had to cast the movie a little differently than Luchino Visconti did back in the 1960s. Casting an A-list leading-man type like Burt Lancaster was fine during the Kennedy Administration, but in our self-conscious age, we need a little more irony and snarikiness in our protagonists. I’d push for casting funnyman Bill Murray in the lead. Not any Bill Murray mind you, but specifically the deflated CEO Murray of Rushmore fame. “Francis listen,” I’d say “In a modern American context, what is the difference between the head of a bankrupt aristocratic family, and the semi-depressed chief executive of a steel mill?” But I wouldn’t wait for him to answer. I’d immediately move straight on to my real agenda: the full-blown redemption of his daughter Sofia Coppola’s acting legacy.

In 1990 Sofia Coppola appeared in The Godfather III. She was 18 and had never studied acting, but the film press decided to ridicule her performance without mercy. I’d advise him to cast Sofia in his remake of The Leopard. I’d explain to Coppola that this was their opportunity to strike back at the hacks who laughed at her when she was an unknown. “Don’t make a big deal out of it Francis,” I’d say. “Perhaps write her in as Maria Stella, the Prince’s wife. Just give her a few lines and let the critics stew on how brilliant she is now: how she was nominated for an Oscar as best director, how she is beautiful and chic beyond belief, and that she had the good sense to settle in Paris and marry the lead singer of Phoenix.”

Francis, being the sweet soul he is, would initially object: “It sounds petty. I don’t know, she has nothing to prove to anyone.”  I’d nod sympathetically, but then I’d add: “But an on-screen fall requires something of cinematic redemption, wouldn’t you agree Francis?” And that’s how I’d get him. That’s how I’d sink the hook in real good.

“And The Leopard is fundamentally about redemption as I recall,” Coppola would blurt out, babbling now a mile-a-minute as if he were back on the set of Apocalypse Now, rapping with Dennis Hopper. I’d slap him on the back and I’d say, “Francis, let’s knock back a few espressos and start drafting a script, what do you say?” And so my work will have been done: another soul won for the enduring greatness of The Leopard—hallelujah. --Robert Fay