Email ThisBlogThis!Share to TwitterShare to FacebookShare to Pinterest
Labels: tumblr

A Spotify Playlist for Our Twisted Lit Series

With Shakespeare as the inspiration for our novels, you might expect “Ren-Fair” lute muzak to factor into the equation. (Don’t worry, it didn’t.) Instead, the soundtrack essential to our writing process lent mood and kept us grounded in the present for our contemporized tales. Here are some of the songs that galvanized us as we worked on the first two books in our Twisted Lit series. (Go to the Spotifiy playlist.)

“Grace,” Jeff Buckley
“Parting is such sweet sorrow.” --Romeo and Juliet.  Skye Kingston, the heroine of Exposure (our modern interpretation of Macbeth), has a Jeff Buckley poster hanging on the wall in her bedroom. That’s the superficial connection, but there’s a subtler one: Buckley was inspired to write this hauntingly gorgeous song by a tearful farewell with a girlfriend at an airport. Skye also has to say goodbye to the guy she loves, possibly forever, before she boards a flight from Anchorage, Alaska, where the book is set.

“Every Little Thing She Does Is Magic,” The Police
“We are such stuff as dreams are made on.” --The Tempest. Miranda Prospero, our heroine in Tempestuous is, of course, a combination of The Tempest’s Miranda and her father Prospero, the deposed king and sorcerer. While our Miranda isn’t a true magician, she certainly casts a spell with her charming, sometimes manipulative, behavior. And the opening bars of this song are pure pop magic as far as we’re concerned. If we had a desert island tune, this would be it.

Elevator to the Gallows Soundtrack, Miles Davis
Murder most foul.” --Hamlet. Miles Davis helped set the mood while we worked on a pivotal après-murder scene in Exposure. Davis wrote this moody, tension-filled score for the ’58 Loius Malle film Ascenseur pour l'échafaud, a chilling, stylish noir about a man who commits murder for love.

“Simple Twist of Fate” Bob Dylan
“Out, damned spot.” --Macbeth.  In Exposure, Skye listens to Dylan’s aptly titled album Blood on the Tracks. As in Macbeth, a spot of blood turns out to be the visual evidence of profound guilt. And by one such “simple twist of fate,” our heroine becomes a party (possibly even an accessory) to it all.

“Snow and Lights,” Explosions in the Sky
“May the winds blow till they have waken'd death!” --Othello. This acoustic track would be perfect to accompany Miranda and crew’s forays around the mall, where they’re trapped all night during an epic blizzard. Like all of Explosions’ best songs, “Snow and Lights” takes you along on a journey. This one ends with explosive drums, like those played by Tempestuous character Chad Mathers, drummer for our fictional band, The Drunk Butlers. 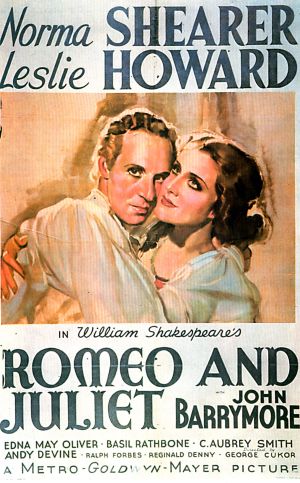 The other night I had the great privilege to watch George Cukor's Romeo and Juliet with a former ballerina and choreographer who danced in the movie for her first Hollywood job when she was just fourteen. She later served as assistant choreographer on White Christmas, among her many other film credits. Seventy-six years later, she's still going strong as a popular ballet teacher in Santa Monica.

Cukor's film stars silver screen legends Leslie Howard as Romeo, Norma Shearer as Juliet, Basil Rathbone as Tybalt, and John Barrymore as Mercutio. Frankly, Mercutio has always been my favorite role in the circa 1594 play--I'm sure many of you would agree--and even perhaps a foreshadowing of Hamlet (whose role was written later, most likely in 1600-1601). John Barrymore definitely seemed too old for the part of Mercutio, but he goes for it with admirable gusto. He wasn't the only one: Howard was a practically ancient Romeo at 43 to Shearer's 34 year-old Juliet.

I recently re-watched Zeffirelli's 1968 adaptation for the gazillionth time, so it was interesting to compare the two movies. The most obvious difference would be that Zeffirelli took a completely different tack, going for a less-stylized, more "realistic" look and feel--though it's really unfair to compare the two films since movie-making had evolved so much in the years between the two films. Zeffirelli hired young unknowns for the roles of Romeo and Juliet (after first offering the role of Romeo to Paul McCartney). John McEnery is brilliant as Mercutio, and it's hard for me to imagine a more perfect Juliet than Olivia Hussey.

I was curious to see William Strunk  Jr. of Strunk and White's Elements of Style listed in the 1936 film's credits as Literary Consultant. Irving Thalberg, the producer, told Strunk, "Your job is to protect Shakespeare from us." (Source: IMDB)

If you're interested, do visit the film's IMDB page for lots of interesting trivia. --Kim
Posted by Kim at 11:02 AM 5 comments: 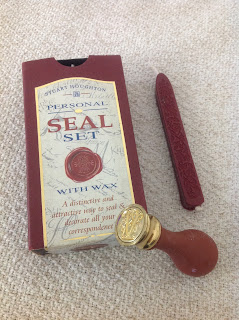 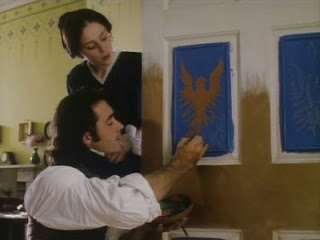 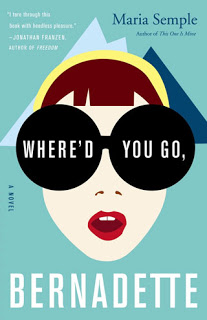 Posted by Amy Helmes at 9:58 AM No comments: 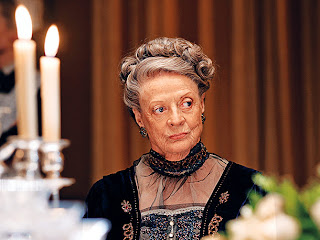 ...she could freeze a room with a look, orate in a perfectly timed silence, break your heart by simply squaring her shoulders or settling her shawl.

I love that sentence from a recent profile of Dame Maggie Smith in the Los Angeles Times.

The article reminded me that Smith starred in a movie I'm very fond of: The Prime of Miss Jean Brodie based on the novel by Muriel Spark. If you've never watched this 1969 film, I'd call it a cross between Auntie Mame and Dead Poets Society, with Smith playing the audaciously eyebrow-raising teacher at an all-girls boarding school in Edinburgh. The film is actually much darker than this trailer from the time period (gotta love the narrator on this one) would lead you to believe.


Very much looking forward to seeing what snort-worthy snide remarks the Dowager Countess has for us on this season of Downton Abbey, which kicks off on Sunday night. To whet your appetite, here's a compilation of some of "Cousin Violet's" most memorable quips from previous seasons:

Ready to Get Your Wassail On? 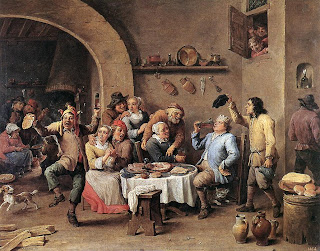 Twelfth Night. Yes, it's the title of a Shakespeare play, but it's also a legit holiday that rolls around this weekend (there's apparently some debate over whether the Twelfth Night falls on Jan. 5 or 6, which is problematic in that you may reap bad mojo if you leave your holiday decor up past Twelfth Night). From what I can glean, it's basically a festival to celebrate the Epiphany (in Christianity), to mark the end of the 12 Days of Christmas, and generally, to give people a religious excuse to eat, drink, and be merry for just a few more days into the New Year.

I was trolling ye olde Wikipedia looking for info, fully intent on writing up a little primer, when I came across author Sarah M. Eden's informative blog post about it.

She summed up all the nitty gritty far better than I, an oblivious Yankee, ever could. Bottom line, I'm all for any holiday that manages to milk a few more days of holiday indulgence, though with all that king cake and mulled wine, it seems certain to mess with many people's healthy New Year's Resolutions.
Posted by Amy Helmes at 10:17 AM 1 comment: