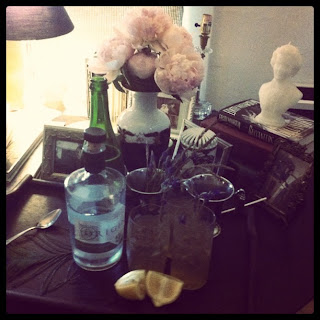 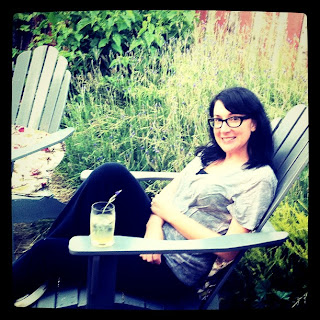 Okay, those two items have nothing in common... other than last night I served the latter (with syrup made from the lavender in my garden) at a screening of Orson Welles' magnificent Chimes at Midnight (aka Falstaff). You'd think the film that Welles declared his favorite would be readily available in the U.S. Nope--I had to order the DVD from Spain because of all the right's issues with the Orson Welles estate. Welles, of course, plays the role of Falstaff to Prince Hal (Kieth Baxter) who sows his wild oats with the portly, dissolute Falstaff and then cruelly rejects him when he's crowned Henry V. The black and white film combines the two Henry IV plays and a bit of Henry V. Since the focus is on the relationship between Prince Hal and Falstaff, the movie doesn't include the Battle of Agincourt which means, sadly, no St. Crispin's Day speech. But the Battle at Shrewsburie from Henry IV, Part 1--when Prince Hal goes up against rebel Harry Hotspur and kills him--is and it's absolutely breathtaking. It wouldn't be hyperbole to call Welles' portrayal of Falstaff remarkable.  Some critics are of the opinion it's the best film adaptation of Shakespeare ever. --Kim
Posted by Kim at 8:09 PM