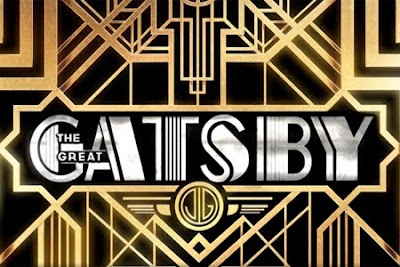 Another catch-up post: I had decidedly mixed feelings upon watching the trailer for Baz Luhrmann's The Great Gatsby, and was relieved to know I am not alone. (via Huffington Post).

Maybe the ennui I felt is appropriate for such a novel, but I'm pretty sure given the splash and sensationalism of this trailer that's not exactly what they intended to elicit from me. I just can't quite wrap my head around the casting, and the whole thing seems over-produced (even for Baz). I think adapting this book is a task no filmmaker has yet lived up to. The 1974 one gets a pass ONLY because I'm soft on Robert Redford, and who can forget that television version starring Mira Sorvino back in 2000? (Yeah. Pretty much all of us.) An offbeat interpretation is a good idea, yes -- so if anyone can make it work, maybe it's him. He knocked Romeo + Juliet out of the park, after all. (I'm also one of the few people who will cop to liking Australia.) So maybe this F. Scott Fitzgerald classic is in good hands, after all. I'll reserve judgment till Christmas, when it hits theaters.

P.S. I hope there's at least some actual jazz music in the film.