Giveaway: Win a Copy of the "Because I Love Her" Anthology 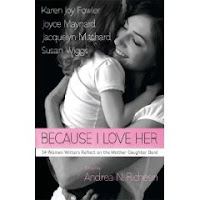 Just in time for Mother's Day we're giving away a copy of Nicki Richesin's new anthology Because I Love Her: 34 Women Writers Reflect on the Mother-Daughter Bond. The collection features thought-provoking essays by Karen Joy Fowler, Joyce Maynard, and Jacquelyn Mitchard, among many other talented contributors.

To enter, simply comment and answer the question: Who is your favorite mother in literature? To get it started, Nicki, Amy, and I will share our picks. We'll choose our favorite comment by end of day Monday the 27th so we can ship you the book in time for Mother's Day.


Rumer Godden
When considering mothers in literature, the most obvious choice for Mother Superior seems to be Marmee from Little Women. She was devoted, loving, and let’s face it, too perfect. The past few years, I’ve been inspired by the work o 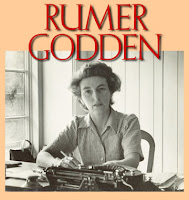 f Rumer Godden. I’ve particularly enjoyed her memoirs in which she movingly recounts her adventures living alone with her daughters Jane and Paula in Kashmir. She writes beautifully of growing her own food and creating a rich life with very little money. I couldn’t resist jotting down notes from her books like how to be happy when you are miserable: she suggests planting Japanese poppies with cornflowers and having Jane paint a really good picture. What I found most incredible is that she was able to write many, many books, care for her daughters, and live a life on her own terms during the forties and fifties. Ms. Godden was truly a woman ahead of her time. I highly recommend her memoirs A Time to Dance, No Time to Weep and A House With Four Rooms. --Nicki 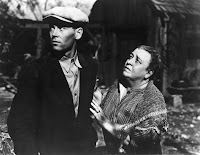 Ma Joad
The most famous mothers in literature aren’t always the good ones: Anna Karenina, Daisy Buchanan, Edna Pontellier, Becky Sharpe... Truth be told, these depictions of motherhood are generally more intriguing than the sugary-sweet variety that’s usually a default in too many classic novels. But these desperate economic times call for a desperate economic Mama, so I’m selecting Ma Joad from Steinbeck’s The Grapes of Wrath as the most stalwart and determined of matriarchs in seriously tragic circumstances. As the backbone of her clan, she calmly and selflessly keeps the family together during their harrowing and humiliating struggles for survival, always restoring order and somehow managing to whip up a skillet of biscuits out of seemingly thin air to feed her family. Sometimes you just do what you’ve got to do to make it through, and while I might not go so far as young Rose of Sharon’s breastfeeding feat at the end of the saga, the women in The Grapes of Wrath are a testament to those women everywhere who know the true meaning of sacrificial love. --Amy 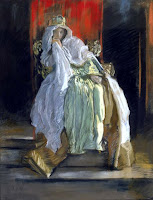 While good mothers do exist in fiction, it's the wicked mammas that make for the best stories. After all, what would Beowulf be without Grendel's vengeful mother and Snow White without the wicked stepmother? But the queen of all notorious mothers has to be Gertrude, for without her Hamlet and his oedipal frustration wouldn't exist. She married Claudius too quickly after the death of her husband (and possibly had an adulterous relationship with Claudius before Hamlet's father was murdered). However, when Hamlet violently accuses Gertrude, her response reveals she's more complex than a one-dimensional femme fatale:


By the time her lips touch the poisoned goblet during the play's tragic conclusion, she's become human and pitiable. --Kim
Posted by Kim at 7:44 PM