Keanu to Star in New Jekyll and Hyde 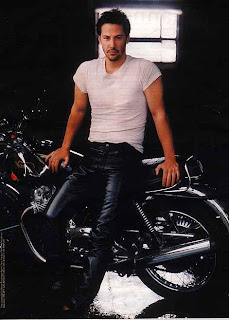 Keanu Reeves is set to star in a new adaptation of Robert Louis Stevenson's Dr. Jekyll and Mr. Hyde. I have to admit that I am an unabashed fan of Keanu in the right role, but his wooden performance in Coppola's Dracula was one of the reasons a perfectly stunning film was spoiled for me. Maybe it's just that his style, unlike say Johnny Depp's, is out of place in a Victorian setting. Universal apparently has two adaptations of the novella in the works--the other has Guillermo del Toro directing. Details on the project here. (via @drmabuse)
Posted by Kim at 8:18 AM