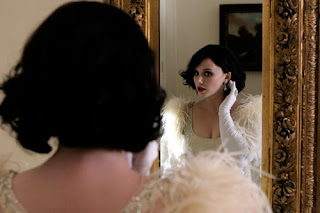 In Fisher, traces are abundant of female characters ranging from Maggie the Cat to Baby Doll to Alexandra Del Lago, charged characters that brought Academy Award nominations to Elizabeth Taylor, Carroll Baker, and Geraldine Page, the actresses who originated them on screen.